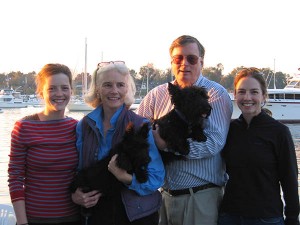 First, I should admit that I’m partial to WildTools and PowerCADD because I wrote WildTools. (How and why I did that is something I’ve already written about, so for more about that please visit the WildTools section of the Sequoia Aircraft website where you’ll find some articles on CAD and WildTools.)

The people who build our aircraft have typically never done it before, and they need extensive, highly-detailed drawings that are far more illustrative than a typical drawing. I used to do this with ink on mylar, but the workload finally defeated me, and even though I’ve used the early Macintosh programs (MacDraw, MacDraw II and PowerDraw) and had also written a lot of tools for PowerDraw, it wasn’t until WildTools 1.0 that the WildTools/PowerCADD combination even became an acceptable, useful tool for our work. Now with the current version of PowerCADD and WildTools, the axonometric drawing tools in WildTools 3D, high-quality laser printers and large-format Hewlett-Packard ink-jet plotters, it’s just wonderful, and I feel sorry for people who think they have to use other programs simply because that is the way the sheep are running.

I use WildTools/PowerCADD as my one-and-only drawing program. I use it for the Falco blueprints, as well as illustrations for the heavily illustrated Falco Construction Manual. I also use it for working out the cutting schedules and designing production tooling for the wood parts we make, and I’ve found it essential to work out all of these details in advance of even ordering the Sitka spruce and birch plywood.

So, okay, I’m partial to this because I wrote part of it — but I think people who aren’t using WildTools/PowerCADD either don’t know what it can do for them, or they’re crazy.