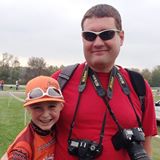 Being a Mac user since I was a child, and having wanted to be an architect for just as long, I was naturally attracted to the functionality and ease of use of PowerCADD.  I picked it up quickly at one of my internships during college and eagerly adopted it for all my subsequent studio projects.  I admire the way the program feels more like a graphics app, such as Photoshop or Illustrator, as opposed to an engineering app like AutoCAD.  This has allowed me to produce drawings which, from a basic wall section to the most elaborate rendered site plan, have always garnered praise from college professors, colleagues, consultants, and contractors.

The first time I was able to really put PowerCADD through its paces for something other than impressive CAD plans and elevations was in a college design studio where we were tasked with redeveloping an oddly shaped and topographically complicated site called Broadway Commons.  Formerly the terminal yard of the Cincinnati, Lebanon & Northern Railroad, it is now the site of the Horseshoe Casino Cincinnati, but at the time it was a mishmash of parking lots, old retaining walls, and scruffy old industrial buildings.  The studio was a team effort, with the whole group coming up with a master plan for the neighborhood, small groups focusing on specific sites, and individuals tackling specific aspects of their particular group’s site.  I used PowerCADD to create visually appealing site drawings from the imported GIS base map, while coming up with my own design for a new roundabout at the focal point of the site, as well as a linear residential development along the far end, with a new inclined plane railway connecting to Mt. Adams.  In combination with Photoshop, we created very large and beautiful drawings, layering on the CAD elements, photographs, and descriptive words, while color coding everything based on our specific site.  The resulting drawings are both readable and visually engaging.   http://jjakucyk.com/portfolio/otr.html

The biggest project I have undertaken with PowerCADD, and which continues to be a work in progress to this day, is a comprehensive map of historical transit lines throughout southwest Ohio.  This also started out as a college studio project in which I used GIS data to generate a base map that I brought into PowerCADD, and I drew the historic streetcar lines that used to operate throughout the city.  The project itself was for a starter streetcar/light rail system for Cincinnati, and the map I developed was just one quick example of historical context to show the scope of the new project.  http://jjakucyk.com/portfolio/cats.html

After doing a little research on my own, I became more interested in this aspect of Cincinnati’s history and began documenting remnants of the streetcar system through photographs.  I started a website where I could share the map and photographs, and since then it has grown to include extensive written histories of not just the streetcar system, but also the many electric interurban railways and steam railroads.  There are also hundreds of photographs, a large collection of links and bibliographic references, and additional information on historic traffic signals, street lights, roadways, inclines, and the abandoned subway.  The central piece of the website however is still the map, expanded over the years from just Hamilton County to all of southwest Ohio as well as extreme southeast Indiana and northern Kentucky.   GIS base maps provided the streets, rivers, and operating railroads, but all the text, streetcar and interurban lines, abandoned railroads, color coding, and graphical finessing has been done in PowerCADD.  This little project started in 2001 as a one-off for a college design studio has since become a highly respected and oft-referenced resource for anyone interested in Cincinnati area transit history.  http://www.jjakucyk.com/transit/

Currently with ArchitectsPlus in Blue Ash, Ohio, Jeffrey graduated from the University of Cincinnati in 2003 with a Master of Architecture degree and a certificate in historic preservation.  He has 10 years of experience at architecture firms of varying sizes, with a focus on custom residential design, historic preservation, additions and remodeling, interior finishes, and mechanical/electrical systems. He also has an extensive background in architectural and sports photography and local transit history.  He has designed and managed projects throughout the Cincinnati area, including the recently restored early International Style Rauh House in Woodlawn, which received a Preservation Merit Award from the Ohio State Historic Preservation Office in 2013.  He also maintains an extensive website detailing the history of the Cincinnati area’s streetcar, interurban, and railroad lines.