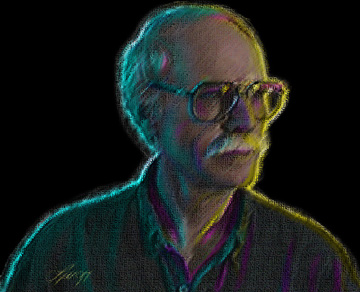 Lu Matthews is a commercial artist in Richmond, Virginia

Since I switched from the drawing board and airbrush, I’ve worked almost entirely in Photoshop creating airbrush-style illustrations for advertising agencies and companies.

Lu Matthews is a long-time friend and associate of mine. He is one of the most talented airbrush artists on the east coast, and all of you have seen his work at some point. I first learned how to do isometric drawings from Lu when we were working on drawings for the Falco kits, and it was this experience that eventually translated into WildTools 3D.