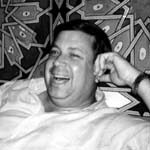 My first exposure to a computer was through an association with a fellow architect who bought a state-of-the-art 16K Radio Shack PC. Yeah, it really was a long time ago. Watching him suffer with that clunker almost killed my interest in entering the high tech age.

Ahhh, but then the Macintosh was born, and I wisely took the advice of a friend to “just buy the Mac, and forget about looking at the others!” He also introduced me to PowerDraw after I had given up on MacDraw, then MacDraft, and finally MiniCad. As PowerDraw evolved into PowerCADD, so did my working drawing production efficiency which I conservatively estimate at 35-40%. Hey, that not only means a better bottom line, but drawing has gotten so much more fun.

No small part of that increase is due to WildTools, and I shamelessly admit that I have no remorse about pestering Alfred Scott until he makes the tools I use most work the way I want them to.

Bobby Payne was an architect in Richmond, Virginia. I first met him when we worked together on a condominium project. We were both interested in drawing on a computer, and we only wanted to use Macs, of course.

Bobby’s office was a couple of blocks from my office, and we regularly went to lunch together. When I began working on some tools in PowerDraw 4, Bobby started making suggestions for things that were needed. The first was the Insulation Fill tool and he explained how the curves should change with a wide pattern. Then we worked on the Door and Window tools, and spent a lot of time talking about drafting problems.

I remember once Peter Carlsen sent me a note about the difficulty of dimensioning to the center of a wall. I couldn’t make sense of it, and Bobby explained what Peter was talking about, and from that came the Wall Centerline tool.

Later we decided to do some electrical symbol tools, and Bobby just gave me a list of what was needed and so then we had the Switch, Receptacle, Junction Box, Ceiling Fan and all the other similar tools.

So he was there at the beginning of WildTools and he played an important role in the design and execution of the tools.