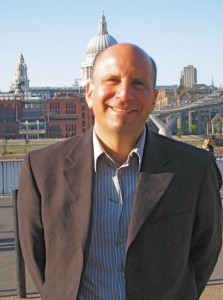 First I would like to say that this posting of my work is in thanks to the PowerCADD people at Engineered Software and most importantly Alfred Scott for his WildTools. I’ve spent countless hours working within their CAD platform to generate design and construction documents and hopefully works of architecture. Without their tools, my practice’s transition from analog hand drawing to digital documents may not have been possible.

I’m an architect with too many interests and too little time … in all aspects of design and art … its history, its theory, its technique, and its technology.

I’ve been very lucky, working on projects that reflect my interests from furniture and decorative arts, exhibit designs, through architecture and town planning. The one aspect that ties together a rather eclectic array of project types and styles is a desire to address each project on its own terms and to actualize its potential into an art form that will be meaningful in its context and to its users.

I love to draw, and I love a good drawing.

To me, drawing is not just a means of documenting architectural ideas in order to get buildings built but is a way of thinking itself. Forms can be and are invented on the page — created, edited, and erased away.

I used to give my students a lecture on the relationship of drawings to design thinking. I would demonstrate to them the relationship between innovations in architectural representation and breakthroughs in architectural ideas and theory. From the unknown architect’s schematic map of St. Gall in Switzerland, through Palladio’s objective Villa plates, and Piranesi’s haunting Carceria — from Lequeu’s proto-surrealist Zoomorphic temples, to Viollet-le-Duc’s pistoning neo-gothic constructions — from Sant’Elia’s surging dynamo’s, to Hugh Ferriss’ looming charcoal skyscrapers, and Mies’ crystalline collages, to Paul Rudolph’s form and space pen-and-ink perspectives — I would illuminate on how each “picture” not only shows what the building would look like if it were built, but how the architect thinks, and in turn, how we think about architecture and its potential.

I was lucky enough to work for one of the last great architecture firms that was highly conscious of the tradition of “thinking in drawing,” Venturi Scott Brown Associates. Although they are often thought of as highly “theoretic” architects, they were steeped in the tradition of formal architectural investigation through drawing which went back through Frank Furness, Wilson Eyre, Paul Cret, and Louis Kahn. There, at VSBA, happy loose yellow-trace freehand sketches would be appreciated for their intuitive aspect — where shapes and form can morph from one thing into a new potential. Thinking on the page, where the left brain thinking meets the right, is where architectural form is born. WildTools’ SketchTools is the only CAD program that I’m aware of that operates within this domain — a truly free and intuitive digital drawing system. WildTools’ PerspectiveTools is now going even a step further — breaking the picture plane — allowing us (in away at least) to sketch in space.

To me the optimum idea is to make the computer a transparent extension of the mind. PowerCADD/WildTools’ simplicity and elegance make that idea, at least within architectural design and its representation, a reality. PowerCADD and WildTools is perfectly suited to the way I design and think. Its intuitive interface, its stylistic range — from the loosest sketch to the most precise technical digital documents — and its ability to work with digitized photographic images as well as text allows me to capture and illustrate my ideas quickly and directly.