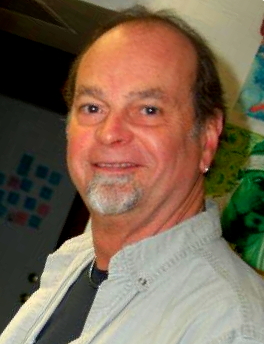 I first began in High School as the winner of the Texas A&M Technical Drawing Competition in my senior year of 1971.  This after three years of High School drafting classes, and I still never really intended to be a draftsman, but one thing led to another, and I soon found myself doing surveys and civil engineering drawings for various firms.  Soon, I had lots of work experience in these fields, and since I wasn’t much for Standard Cookie Cutter Education (already a Troublemaker) I just went to work.

The lack of a degree kept a lot of doors shut, but a few windows opened up enough to squeeze a toe in and kick it open.  One such toehold happened in 1980 when I was working for a pump manufacturer in Minneapolis.  An Old Dude, John Gondek, who is no doubt deceased by now held several patents for his years of engineering efforts, not the least of which was the invention of the torpedo launcher for WWII submarines. I was impressed, but he was impressed with my drafting, and introduced me to the wonderful world of patent illustration by introducing me to his attorney who gave me my first few jobs (no doubt a favor called in) and I was on my way.  In six months, I was making more part time than I was full time at my “day job” so I quit and continued patent illustration to this day.  So, John, wherever you are, THANKS, and here’s looking at you.

In the old days (that is, before computers) we did all patent drawings on 8 1/2 x 14 stark white Bristol Board using technical pens and India Ink.  Even now, the remembrance brings shivers to my spine.  I hated it, but it was good money.  In the REALLY old days (before I was born) they used ruling pens, those things in which you manually placed a drop of ink between two stylus and controlled the line width by how far apart the two stylus were with a thumb screw thing.  Not leaving a big blob of ink where it wasn’t wanted was an art all in itself.  As time went by and the forces of International Globalism and the New World Order descended (don’t get me started) the push to standardize required that we switch to A4 size drawing sheets which are 210 x 297mm with margins of 2.5cm from the left, 2.5cm from the top, 1.5cm from the right, and 1cm from the bottom of the drawing sheet.  These boundaries constitute the Drawing Site, and these margins must not be violated under penalty of death. Really, they are very picky, and you wouldn’t believe some of the silly reasons drawings have come back needing ‘correction’. However, there seems to be a trend that is even reflected in the USPTO’s considerations to relax certain of the formal drawing requirements.  There are even groups of patent illustrators forming out there to resist this trend, as it could mean the end of this profession as we know it.  But this is some time away, and it seems unlikely that the need for quality patent illustration will entirely disappear.

As time went on, the demands for drawing changes, and the increasing instability of the patent process made drawing by hand no fun any more. Inventors would change their minds or add new aspects while the process was going on. We rarely have inventions that are solid and absolute, thereby making the illustration process very difficult as an inordinate amount of time was spent erasing India ink off Bristol Board, buffing the surface down and re-inking. Often, the decision was made to simply scrap an entire sheet of drawings as the time spent erasing was prohibitive, and it was more efficient to start over. This seemed to become more prevalent, and I was looking for a career change about the time computers were being used to draw things.  This looked tempting, and around 1985 or 86, I began to explore the possibility of using the computer to do Patent Illustration. I tried the original AutoCAD R9 on an IBM PC with a pen plotter, and almost committed suicide after screwing with it for six months. I knew there had to be a better way, so I resolved to continue by hand until the technology grew to a usable standard.

Then I moved to Dallas in 1988 and ran into a guy who had this funny little Macintosh. It was only a Plus, but it totally blew me away. Now this could work. I borrowed an SE with two floppy drives (no hard drive) and began to experiment. I knew this was the future for me, so I went down and bought an SE-30 with a 40 meg hard drive and an HPIII printer.  The printer alone cost me $3,000 because I had to get the Mac interface card and PostScript. I used ClarisCAD which I thought was completely amazing (which it was, at the time), and I cried for a week when I heard they let it go.

I cast about for another CAD to use and tried several demos including MiniCAD and PowerDraw.  I was looking for ClarisCAD reincarnate and nothing would do, so I played the waiting game again, and finally PowerDraw came out with a version that was it. Before, I was not impressed in the least.  It was cludgy and not intuitive. ClarisCAD had me spoiled, but with this version (I think it was 3 or something) they had it right, and I became a convert forever.

It was almost three years later that I heard this talk about WildTools, and I didn’t even know it existed.  I called them up at Engineered Software and said what gives how come I haven’t heard about this?  Uhhhh doanoe, want some? Hell yes, I want some. Gimme some. So I had WildTools, and this is the best a man can get. Who would have imagined that work could be fun and not a drudge?

I have been forced by business circumstances to acquire a Windoze machine and ACAD-14 for a particular project, but believe me when I say, I only touch it when I have no choice.  There is no comparison. AutoCAD has only grown more vast, and although I must say in fairness that it has improved somewhat in usability, it is still not even out of the driveway on the way to the freeway that leads to the parking lot of the ballpark, wherein the Dynamic Duo of PowerCADD and WildTools hit the ball over the fence every time I do a drawing which is several times a day, all day, and I never get tired of it.

I just look forward to the next upgrade when more marvelous goodies pour forth from the genius of Alfred Scott and all those amazing software engineers at Engineered Software (that’s why they call them that). There’s always room at the top.

Thanks for making my (working) life fun. You are appreciated.