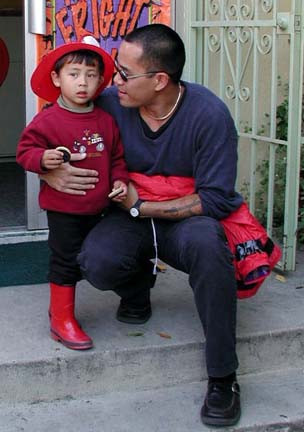 Erik Mar in an architect in Santa Monica, CA and Adjunct Assistant Professor in the School of Architecture, University of Southern California. (310) 508-9390 erik@emarStudio.com www.emarStudio.com

Carde Ten Architects has used PowerCADD since PowerDraw 2. We have used WildTools since PowerCADD 3 and by now would not consider purchasing a PowerCADD package without a WildTools complement to go along with it. Although the majority of our work, from schematic design layouts, to full color presentations, to the contract documents, is completed almost exclusively within PowerCADD, we are beginning to use PowerCADD more to generate the base drawings onto which we then generate 3D models, 3D renderings, and final page layout and compositing in applications other than PowerCADD. In spite of the gains made in terms of ease of use in other competing CAD packages, most of us still find PowerCADD/WildTools to be the fastest way to generate the essential drawings necessary for more elaborate presentation work. Of course, for the 2D world of construction drawings, PowerCADD/WildTools is unsurpassed, in spite of occasional hiccups in drawing exchange with AutoCAD-wielding consultants. The speed with which we can respond with drawing information to the various exigencies faced in architectural work is due in no small part to the speed and low hardware requirements of PowerCADD/WildTools (although of course there’s no such thing as a computer that’s ever really fast enough).

A major advantage of the PowerCADD alternative must be the access one has as a user to the software developers and programmers. Bugs are addressed relatively rapidly, and new features are truly often the result of user input. One can scarcely imagine the same being said of AutoDesk or Bentley or even Graphisoft.

In spite of some rough spots and unresolved features, the overall solution presented by the use of PowerCADD/WildTools is unique and in our opinion highly beneficial to us in the last instance. And one always has confidence that those rough spots, if sufficiently documented, will eventually be smoothed over once brought to the attention of the relevant parties.

Many of the drawings shown here were done for Carde Ten Architects in Santa Monica, and they were created using a combination of PowerCADD, Form Z, Adobe Illustrator and Photoshop.