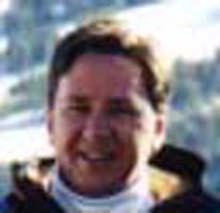 When I first started my career in 1982, one of the firms I interviewed with showed me their ‘state of the art’ CADD system, using a pen plotter driven by a computer running AutoCAD. At the time I thought someday the cost of this would come down enough that it could be purchased by an individual, and with it one person could be a self contained design office.

During the 1980’s, I worked for the then-largest structural engineering firm in Honolulu, where I was responsible for the structural design and drawings of large resorts and high-rise buildings. I was constantly frustrated at having someone else draw my work. My dream was to someday have my own practice, but the requirement of having a drafting staff, secretary and accounting staff kept me from doing it.

In 1992, we bought a Mac LCII for household use, and I immediately saw that it could give me the ability to do my own secretarial and accounting tasks, so I left the firm and started my own structural design business, doing my own drafting by hand. After a year, though, I had hit the wall in terms of the amount of drawing I could produce, and started looking into CADD systems. At the time, a full AutoCAD/PC/Plotter set up was going to cost $15,000: I found that I was able to set up a PowerDraw/Mac station with a GCC Widewriter printer for $5,000.

I had a project which was two-thirds drawn by hand, so I decided to redraw it in PowerDraw while I learned to use the program, figuring I could still complete the hand drawing and turn it in. Within two weeks though, I had it fully drawn in PowerDraw and was on my way to doing all my work in PowerDraw. Since then, the increase in productivity has been tremendous, allowing me to grow my business volume but still doing all the work myself. I am constantly amazed at how much can be drawn in a given amount of time.

As I work as a consultant to architects, most of whom use AutoCAD, I have set up a PC running AutoCAD so that I can view their drawings as they draw them and do translating at my end. Running the two programs side by side, I can see that the learning curve for PowerCADD is much shorter, and for production of 2D construction drawings PowerCADD is easier and less obtrusive to use. Probably the best thing about PowerCADD for me is that it works just like hand drawing, drawing on a piece of paper.

PowerCADD/WildTools is such an indispensable part of my business. The ability to import PDF’s and convert them to vector objects has made a huge difference in coordinating my engineering work with my architectural clients drawings: No longer am I bringing in DWG files with hundreds of layers and lost ‘smart’ layer information — now I import their drawing as it was printed, and I can usually use the Magic Wand tool to select specific line types which correspond to walls, roofs, etc., copy and paste into my drawing and get to work. I still run circles around the firms using AutoCAD.