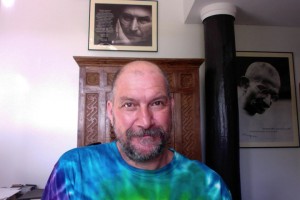 I started a Structural Consulting Engineering office  back  in 1992, the decision initially to go with AutoCAD as the preferred drafting application was based purely on being 100% compatible with our largest client  at the time, although I was not completely happy with this is it was commercial reality.

The years rolled on by and the company grew to a workforce of 25 employees and by that time the inefficiencies in our drafting section became evident. We tried various solutions from increasing the drafting team to outsourcing, although in the short term it worked at times it was not a long term solution that I was happy with. In 2009 I finally decided to take the bull by its horns and tackle our drafting crisis. I started by reviewing our process right down to observing the drafting team go about their work. Not being a draftsperson myself I had to quickly learn some basics and in the process I fortunately realized that the tools we were using were to me, to say the least, prehistoric. Soon after I sat the the drafting team down and amongst other things I challenged them to initiate change in order to increase productivity within a time frame of three months otherwise AutoCAD would be on the way out. It was obvious from the ensuing meetings that resistance to change was overwhelming when it came to AutoCAD users in the structural field, coupled with the attitude that this is the industry standard so it must be the best.

In the meantime I was not sitting on my hands given the reticent attitude displayed by some of my employees I started to look around for an alternative drafting package. I looked into Mac compatible drafting application as the office was Mac-based except for the drafting team. I bought a copy of PowerCADD 8 after scouring the internet and began to play with it, I taught myself to draw and could not believe the ease at which I was able to get on board very quickly and with WildTools I could develop details quite quickly and accurately. Within the three-month period I had replicated all the office standards in PowerCADD. So crunch time came after the three-month period when I sat down with the drafting team to access their progress, as was expected not many improvements were suggested or developed to solve the problem at hand.

I decided based my short experience with PowerCADD and the lack of productivity and inefficiencies in the past using the full versions of AutoCAD it was time for change, so I ordered additional licenses and got the drafting team familiar with the new application. Within four weeks, three of the six draftsmen had resigned. I was able to replace the departed souls with new eager draftsmen relatively quickly. One of the biggest gripes from the drafting staff at one point was that PowerCADD  did not have a suitable tool that was available through AutoCAD Lisp routines, that was not an issue as I contacted Alfred Scott, and he produced the “Fence Post Tool” in no time at all which solved my problem and as a result is now part of WildTools.

I was never too concerned with the adage that draftsmen not familiar with PowerCADD would take a while to be productive, moreover I relied on my own experience that as long as there was willingness from the operator to learn then the  learning curve would be short making the transition easy.

In the end I had a revamped drafting team made up of new faces with some old but all happy using PowerCADD in a very short time, our drafting progressed to having very few bottlenecks with increased  productivity. It was also encouraging that at the end of the day the general consensus from the drafting team was that PowerCADD was far better and more enjoyable to use when compare to AutoCAD.

In early 2011 I sold the company and retired, I now do some part time structural engineering consulting, and I compliment it  with my own drawings using PowerCADD which I submit here as examples of my work.