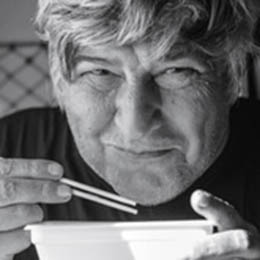 Way back in memory lane — or was it yesterday? — I was one of the happy few who had a funny box that did not really look like a computer. It could even get a shoe drawing printed in the middle of a business letter! Alas MacPaint was not enough for the dreams of a young architect.

One day, I saw on a friend screen’s exactly the sort of drawings I wanted. Two hours later I bought my own PowerDraw 1.0. Since then, the architect grew older and the software wiser.

As many pseudo “hackers,” I try all that’s new in my realm. I often spend a full night rebuilding a project with some so-called ‘full CAD’ package, only to discover that what seemed a “sooo attractive” feature, already existed in PowerDraw, and that it was so much simplier and subtle at the same time in my usual electronic drafting board, so I’ve ‘sticked to it’.

Of course, I’m the usual ‘never satisfied’ customer. I dream every day that ‘my’ software is a lightyear in advance on its time. So, I phone to the extraordinary guy who sold me the first PowerDraw, Michel Jean-François, the wizard who became, years being, a true friend, and we discuss for hours on why can’t we have such a tool, and every year (I suppose) Engineered Software gets pages of ideas. I’m very proud that some tools or modifications went through and now are built-in, and I’m patient enough to wait for the proper time for the others to come out (well, maybe not patient enough)!

In the meantime, some nice people stepped in my daydreaming: Richard Dotto, responsible of the Architecture module, and THE Alfred Scott the marvellous author of WildTools!

The trouble with architects is that they are weird people! Especially this side of the Atlantic where we don’t believe in norms! Each of us wants his own way in drawing and detailing, some go for arrows, other for bubbles etc. Worst of all some (a few I hope) don’t even know how to draw! (Usually you can recognise them because they use an antique, but very well known, CAD wheelbarrow and if questioned, they answer: “I won’t do such drawing, I don’t need it” — in other words “my software can’t do it, and I can’t bypass it.”)

“Bypassing” is maybe one of the best words I can find for PowerCADD. Because there is not only one way to draw a design, but several! And if you don’t find the exact tool, well, you get it done anyhow! You can design a screwdriver (very useful for Alfred’s collection of screws), a house, a building, a village, a city and why not a country!

The basic fact that you can ‘juggle’ with scales and that each line drawn is just what it’s supposed to be, a line, not a ‘wall’ or any other complex structure, well, it can then be in your mind whatever you want, an axis, a view, a path, a fairy tale, and why not a ‘wall to be’!

That is a great help in conceiving things, simply and quickly in a troubled time, where most people want to ‘automate sensibility’!

I’m writing this at my ‘office’ — a PowerBook on a desk, surrounded by the usual mess at hands-reach that goes with architects. I do have a roll of tracing paper (the yellow sort of thing)! I’m realizing that it’s the same I bought three years ago and it’s still quite ‘new’! As a matter of fact, I start directly my designing with a scanner and PowerCADD.

My first imprecise sketches are feverishly traced on the screen and after some nights and cubic meters of coffee, they evolve in the usual but necessary plans! The results of this “way of working” you can find here and on my website.

As you may have surmised, I’m French and my English is not as perfect as I would dream of — so please be a wee bit tolerant of my gallicisms.

… these are only a few of the words that come to mind when I think of Jacques Pochoy, and a mere glance at some of the work shown here says it all. Few people have pushed the limits of what can be done with PowerCADD and WildTools more than Jacques, and he does it all on a PowerBook with a Wacom tablet. And if you question the wisdom of doing it that way, be prepared to listen to another point of view!

Many thanks to Michel Jean-François for introducing me to Jacques, for his hospitality in France, and for many good ideas that have made it into WildTools.