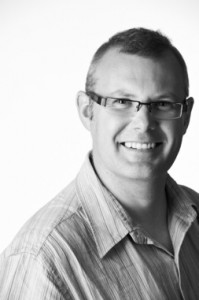 I have been using PowerDraw/PowerCADD since PowerDraw 5. I was given an old PowerBook 140 and told to “get drawing.” I was used to pen-and-trace drawing and for a time drawing plans in PowerDraw took just as long. Once I got going though things got much better.

When I went freelance in 1996 as a Lighting Designer I bought my first PowerCADD 3 and was amazed at the way it had come on, I then started to really get into it, and now I guess I’m regarded as the man to talk to when other Lighting Designers in the UK start with PowerCADD. I became a trainer, as I was increasingly being asked to train people formally. I reckon that more or less anyone who has drawn lighting plans and uses computers fairly regularly can be up and running on PowerCADD in a couple of days.

But it was just last year that I got a groundplan that had many “organic” shapes to it. I thought I was going to have to be there for days drawing these shapes, but I tried to scan the plan into the computer and place it in to PowerCADD as a layer.

Using an A4 scanner, I scanned sections of the drawing into the computer and pasted them together in Photoshop. I then exported the bitmap, placed it in to its own layer in PowerCADD and scaled it appropriately. It’s not the most accurate thing in the world, but it saved me a few days, many bottles of red wine, and it did the job.

What can I say about PowerCADD? Well it does the job, and if you can think of something new for it to do, it can still do the job!

I submit this drawing for consideration to the Drawing Room. Last year I was so grateful that PowerCADD was able to accept a scanned plan manipulated from Photoshop that I just wanted to stand on the roof and tell the whole neighbourhood.

Seeing that probably wasn’t the right thing to do I wondered whether anyone would be interested on the web. Having been in the Drawing Room just now, I see that it’s kind of common practice. I still think though, when you’re staring at an A1 sheet of paper hand-drawn with many ‘organic’ shapes, a feeling of horror and the need for coffee comes over you. Knowing that I don’t have to sit for days on a plan is just brilliant. I normally draw a lighting plan in about four hours now.