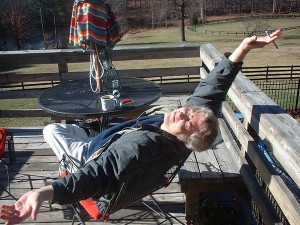 After taking a Mac for a “Test Drive” in late 1984, sitting up all night playing with this marvelous new computer, and breaking a promise I made to myself to never, ever, again touch a computer for as long as I lived (still reeling from countless hours sitting in the college computer center writing programs in Fortran IV, typing out thousands of lines of code on card punch machines, wasting even more cards due to typo/syntax errors, waiting for the “batch process” 360 mainframe to be run, discovering I needed to debug further, etc.), I knew that my life and opinion of computers would soon change forever. About a year later I bought my first Mac … a “Fat Mac” 512K machine.

From that time onward, I used my Mac primarily as a word processor, even though I bought MacDraw, MacDraft, MiniCad, PowerDraw, TurboCad, Vellum 3D … and a few other packages I can’t now remember. Even though I wanted to do CAD with a Mac for years and years, I still designed and drafted manually, using every excuse in the book for delaying my serious entry into CAD. In late 1993 I decided to go whole hog, went hugely into debt, retired my old Mac and bought a new high-end Mac system, and started doing CAD seriously. I found that I had to get rid of virtually all my old drafting tools/tables, etc., for me to force myself into a new mode of thinking. And I’ve never looked back.

Having played around for years with many different CAD packages out there available for the Mac, it was a no-brainer to choose PowerDraw as my primary CAD package. It was then — and still is, currently up to PowerCADD 9.x — by far the best 2D CAD package there is, bar none. Alfred Scott’s WildTools package adds even more truly nifty tools, such that doing CAD is a real joy. As some folks know, I still bitch and moan about a few things, but the PowerCADD/WildTools combo cannot be beat. Today I produce drawings faster (marginally), and better (significantly) than I ever did the old fashioned way.