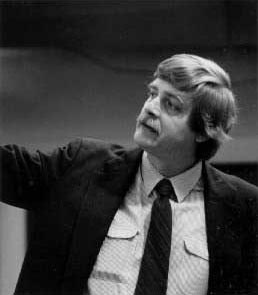 Loheed Design Partnership was founded by Phil Loheed, AIA, NCARB, in 1990. Our graphic system began originally as a combination of software such as Illustrator, Photoshop, Virtus WalkThrough, PageMaker and the like. Prior experience with AutoCAD had established the fact that such software is useless for design work by principals, and nearly so for presentation or communications. We also found that AutoCAD’s plotting-oriented layer system, preposterous learning curve and need for constant practice made it inherently a “draftsman’s” tool for old-fashioned architectural “production” — really an inappropriate engineering tool being foisted off on the architectural community. With dismay, we realized that the installed base of AutoCAD would require us to send files to and from it.

Thus, we searched for programs that could “bridge” between the worlds of CADD (DWG, DXF, etc.) and publishing/illustration (PICT, JPEG, TIFF, etc.) We also knew that the ability to print to PostScript and QuickDraw devices was critical for both technical and presentation output (that would include colors, tones, patterns, imbedded images and numerous fonts). At that time, we found that PowerDraw was unique in this “bridging” ability, combined with intuitive tools to create any drawn image desired with speed and efficiency.

In the decade since our search, we have been gratified with the continuous improvements made to PowerDraw/PowerCADD and its externals — especially WildTools. We continue to create effective graphics, presentations and technical drawings with significantly greater ease and speed than those using “traditional CADD.” Our primary graphic “stable” now includes: PowerCADD, Design Workshop, Canvas, Photoshop, Illustrator, and PowerPoint. PowerCADD remains the point-of-origin and workhorse — creating about eighty percent of our images and production documents.

PerspectiveTools is the result of a collaboration with Phil Loheed, who knows more about perspectives than any architect I’ve ever met. His knowledge came from Carlos Diniz (1928-2001) a famous architectural illustrator. Carlos taught Phil Loheed what he knows of perspectives. He died in 2001 as PerspectiveTools was being developed, and Phil had kept him up to date on what was going on. So here’s a bit about Carlos, his illustrations, and a look into the communication with Phil as he was explaining to me how all this works.