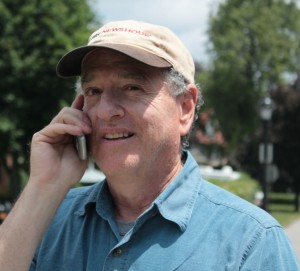 I was first introduced to PowerCADD back in 1983 or 1984 at the School of Design of North Carolina State University.  The School had just acquired some Mac Pluses or Mac SE’s, and one day Bill Stanley showed up at the school to demonstrate what was then known as PowerDraw.  Clearly this was a big step up from the original Mac drawing program, MacDraw.

Years later, after becoming a licensed Landscape Architect, working for others, and finally starting my own small firm in Durham, NC in 1995, acquiring PowerCADD and WildTools was the first order of business. As it remains today, PowerCADD allowed me to just start working, putting out construction drawings, with a quick learning curve, and without the dark intricacies of AutoCAD or PC computer complexities.  What I continue to enjoy about PowerCADD, besides its straight-forward approach to drawing is its versatility and flexibility. Long before other software could do so, PowerCADD has allowed me to integrate photos, PDFs, jpegs, and Photoshop documents into my drawings. This has simplified the creation of construction details, pulling images off the web, and placing them in PowerCADD drawings, making presentation drawings, from elaborate renderings with 3D and isometric elements (thanks to WildTools), to quick and easy ‘rendered’ site plans employing Google map aerial images as a background to my layouts and plans. I also do signage graphics for greenway trails  and, in a pinch, before acquiring specialized software to merge or stitch photos together, have even used PowerCADD to combine photos for interpretive signage. PowerCADD with WildTools remains an amazingly versatile graphic tool and continues to avoid the needless complexities of alternate software.

Howard Partner was born in Chicago. He received his M.L.A. at the School of Design, (now College of Design), at North Carolina State University in 1986. He worked for Little & Little Landscape Architecture in Raleigh, NC for 9 years, and has practiced on his own since 1998 in Durham, NC, where he lives with his wife Eliza, daughter Madeline, and trusty mutt, Goldie.

I’ve been building roads since I was 4 or 5 years old.  Our family had just moved into a house that was one of the only four on the whole block on Kimball Avenue on the North side of Chicago. We were soon followed by a steady stream of house construction. As the fields of tall grass gave way to rows of yellow brick houses, I first became a construction watcher. Every new house started out with a square hole in the ground, and a big pile of sand in the front yard. I’m not entirely sure how the sand was to be used, but it enabled me to become a builder of castles, roads, and tunnels my evenings work after the house builders went home. I remember making roads indoors too. I had little plastic building bricks, Block City Blocks. Sometime after most of the toy bricks had been lost, I switched from making little buildings to laying out long roads across the floor, using the bricks as curbing. Then I would drive my toy semi-trailer truck around while watching Ding Dong School on T.V.. I remembered all of this about a year ago while designing an apartment complex road layout at Little & Little, where I now work. It was startling to suddenly realize that Id been doing this for more than 30 years.

During my early road building days, I also did a bit of urban design. While home sick from school, I once drew a large plan view city grid about 3 ft. x 5 ft. blocks of houses and stores, trees, garbage cans, streets and alleys, cars and buses. This work surely would have been forgotten by me had it not been for my cousin, Simon Gordon, a sculptor of local reputation who saw it, liked it, and took it to his studio in Old Town, where it hung among the accumulations of his life until I was a young teenager a reminder to me of early inner visions each time I came to visit that wonderful studio. Simon died at age 50, on his wedding day of a sudden heart attack, and my city grid vanished with him. I went on to follow other interests, and it wasn’t until I was here in graduate school in Raleigh that I rewove those old memories, spurred on by Denis Wood, who asked me the first day I arrived here, Why do you want to be a landscape architect? I had to think about it a while, because I didn’t yet know at that moment, or at any time prior to that moment, that for at least 30 years I had always wanted to be a landscape architect. And I might not have ever know had it not been for Simon Gordon who, a true artist in his lifetime, knew a good thing when he saw one.