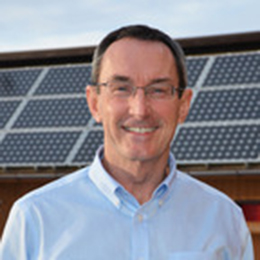 I came across PowerCADD while searching the web in a somewhat desperate attempt to replace my aging ClarisCAD software. Don’t get me wrong — ClarisCAD was a good product for its day, and it served me well for many years — but its color palette and export capability were really limiting what I could do, especially in preparing graphics for publishing.

Anyway, during the search I came across the Design Community site, which led me to www.engsw.com. I downloaded the PowerCADD demo, and I was blown away with what it could do. I especially liked that I could enter my old command key sequences from ClarisCAD and thus ease the productivity transition.

I also liked the “personal touch” of the creators of PowerCADD and WildTools, their “philosophy” about what a CAD system should and should not do were very much in line with my own. It was evident these folks carefully thought about the functionality and efficiency of their drawing tools versus creating features with a demo “wow factor” but lacking in productivity for 2D production drafting.

One thing that also delighted me was the response to a technical question I posted on the Design Community website about exporting PostScript files containing gradients. Alfred Scott, the creator of WildTools, personally called me on a Saturday morning to discuss the problem. Within a few days, he sent me a patch that corrected the situation. Do you think you would get that kind of treatment from AutoDesk or Microsoft? The people behind PowerCADD and WildTools have certainly demonstrated their commitment to excellence in their products and support.

John Siegenthaler’s Modern Hydronic Heating was originally published in 1995 and it received many accolades for filling a major gap in the HVAC field; how to design modern hydronic heating systems for smaller buildings.  Since its release, tens of thousands of copies of the text have been sold worldwide, and it’s on its third printing.  It has become what one reviewer suggested it would — a “bible” of the industry. John has recently completed the second edition of the book which required over 300 PowerCADD drawings to finish. These were exported from PowerCADD to EPS format and sent to the publisher for inclusion in their Quark document. The drawings shown below are all examples of these drawings.