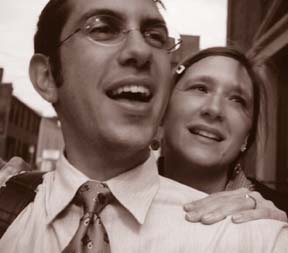 David has been using Macs since 1984 and PowerCADD and WildTools since 1993. Rebecca started with Macs in ’88 and adopted PowerCADD/WildTools in ’98. We have used several other CAD programs (MacDraw, ClarisCAD, FlexiCad, AutoCAD, some awful Unix thing, and MicroStation). We both have been scarred by DOS/Windows exposure and currently own none of these machines.

We both have an immense dislike and impatience for poorly designed programs — especially when forced to use them daily. In our all Mac architectural and design firm, we use (too) many different programs, so intuition is a very important ingredient. Consequently, we rely heavily upon PowerCADD and WildTools for both their power and ease of use.

There once was a time that I wished CAD programs were as easy to use and as intuitive as graphics programs. Now I wish the graphics programs (most notably those by Adobe) were as intuitive and easy to use as PowerCADD and WildTools! Anyone who understands CAD is able to use PowerCadd and WildTools within several hours and is fluent within a week. There is absolutely no need to send them to some expensive class to learn how to work a poorly designed program.

One of the most unusual experiences that we have is with users from other CAD programs. They are so conditioned to a clumsy process that they try to do things in five steps that only take one in PowerCADD/WildTools.

Good programming is an extension of thought. Think it, do it. Thanks for making us smile while we work. We love the sounds!